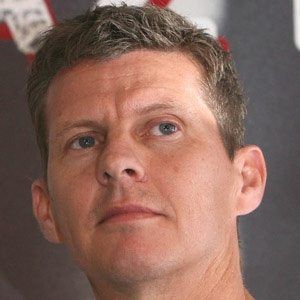 English runner nicknamed The Jarrow Arrow who placed second in the 1500 meters at the 1984 Los Angeles Summer Olympics.

He won his first 1500 meters race while representing Great Britain in 1980.

He was named BBC Sports Personality of the Year after winning the 1983 1500 World Championships.

He fathered two children, Josie and Marcus, with ex-wife Karen.

He and 2012 gold medalist Mo Farah were both accomplished distance runners.

Steve Cram Is A Member Of