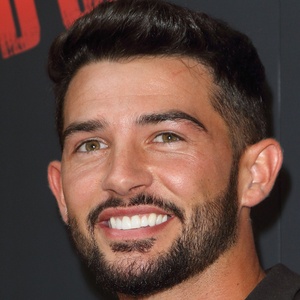 Car salesman who's rocketed to fame after getting cast on Season 4 of Love Island. He has over 50,000 followers on Instagram.

He was voted off and expressed his frustration with former romantic partner Megan Barton Hanson on his way out.

Before entering the villa he split up with a girlfriend he'd been with for two years.

Dean Overson Is A Member Of