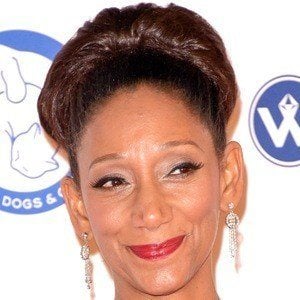 One of four sisters to lead the vocal group Sister Sledge, the band responsible for the breakthrough album and renowned single of the same name We Are Family.

She and her sisters were trained as vocalists by their grandmother and former lyric soprano opera singer Viola Williams. Debbie was the group's musical director when they were starting out.

She, Joni and Kim launched a brand concept called Nothing is Greater Than Love in 2015.

She performed with her sisters Joni, Kim and Kathy in Sister Sledge. Their father Edwin was a tap dancer and their mother Florez was an actress.

Her grandmother Viola was a protege of Mary McLeod Bethune.

Debbie Sledge Is A Member Of