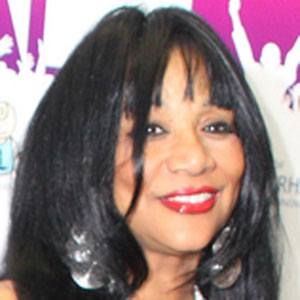 Singer best known as a member of the all-girl group Sister Sledge. They released mega hits like "We Are Family" and "Lost In Music."

She and Sister Sledge got their start singing at local Philadelphia churches.

She produced and recorded the Grammy-nominated album African Eyes in 1998.

She was a member of Sister Sledge along with Debbie, Kim and Kathy Sledge.

Joni Sledge Is A Member Of