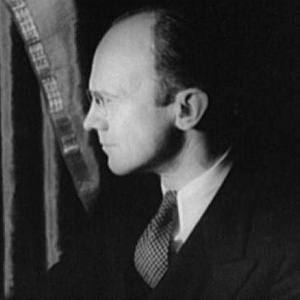 Vocal advocate for classical music. He was a music critic and member of the infamous Algonquin Round Table. His original works included "The Chambered Nautilus," a cantata from 1916, and "Through the Looking-Glass," an orchestral piece from 1918.

He was a graduate of New York University. His original plans were to study architecture, but he was drawn to composition.

He composed "The King's Henchman" and "Peter Ibbetson" for the Metropolitan Opera during the 1920s.

He had three unsuccessful marriages. The first was to Jane Anderson and lasted from 1910 until 1918. The second was to actress and writer and lasted from 1921 until 1934. He fathered a daughter by Mary, Taylor, in 1926. The third was to costume designer Lucille Watson-Little in 1945 and lasted eight years.

He was personal friends with fellow composer George Gershwin.

Deems Taylor Is A Member Of