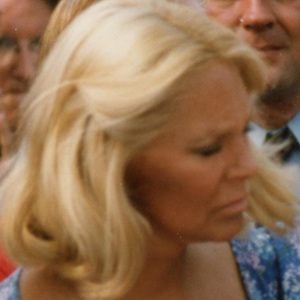 First wife of Massachusetts Senator Ted Kennedy who was a musician and American socialite.

She was a model in television commercials after attending Manhattanville College.

She had a book published called The Joy of Classical Music: A Guide for You and Your Family in 1992.

She had three children with Ted named Kara, Ted, Jr., and Patrick.

She was a sister-in-law to John F. Kennedy and Robert F. Kennedy.

Joan Bennett Kennedy Is A Member Of