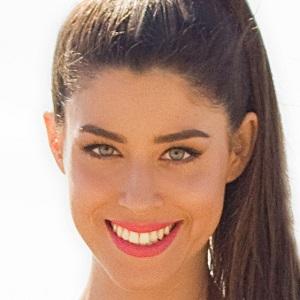 Known for her Greek music chart-topping debut album, No. 1, this singer and songwriter released such popular singles as "Fallin," "The Sun," and "Mia Zografia." She would go on to represent Greece in the Eurovision Song Contest 2017.

She began her career by performing with a popular group called the Midenistis. While pursuing a law degree in Athens, Greece, she recorded two solo EPs and one studio album.

She was born in Athens, Greece, to school administrator Elena Boubouli and attorney Epaminondas Papadeas. She has a sister named Romy who is also an attorney.

She and Dima Bilan performed "Believe" in the Greek final for Eurovision Song Contest 2013.

Demy Is A Member Of