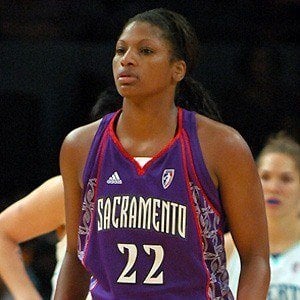 Forward who was part of the United States women's basketball team that won bronze at the 1999 Pan American Games; began her WNBA career with the Portland Fire in 2000, then went on to play for the Monarchs, Sun, and Mystics before joining the New York Liberty in 2012.

She played college basketball at the University of Virginia, graduating with school records in field goal percentage and blocked shots.

She gave birth to her daughter Zachara in April, 2006.

She was joined by guard Katie Smith on the Liberty in 2013.

Demya Walker Is A Member Of