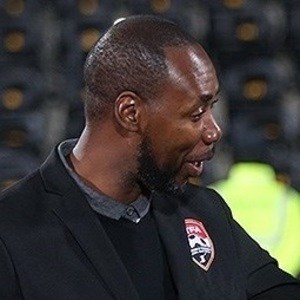 Trinidadian former soccer player who was named Wrexham FC Player of the Year in 2004. Following is retirement, he became a coach for clubs like Wigan Athletic, with whom he became the first Trinidadian to win the FA Cup title.

He worked at a Port of Spain supermarket and enlisted in the Trinidad and Tobago Defence Force.

He was named Caribbean Cup MVP with Trinidad and Tobago in 2001.

He has a daughter named Celine.

He played alongside team captain Dwight Yorke on the Trinidadian club at the 2006 FIFA World Cup.

Dennis Lawrence Is A Member Of