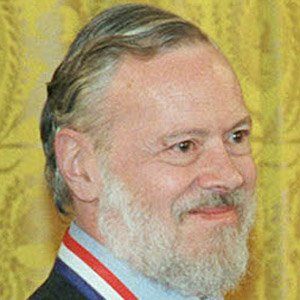 Creator of the 'C' programming language and the Unix operating system, who is credited with helping to usher in the modern digital era. He won the Turing Award from the Association for Computing Machinery in 1983 for his work.

He received degrees in physics and applied mathematics from Harvard University.

In 1997 he was made a Fellow of the Computer History Museum, for co-creating the UNIX operating system, and developing the C programming language.

He was given the National Medal of Technology by President Bill Clinton.

Dennis Ritchie Is A Member Of