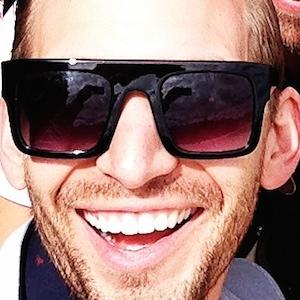 Songwriter, producer, and composer best known as the guitarist and background vocalist for the electro-dance-infused rock band Family Force 5. Their album, Time Stands Still, received an August 5, 2014 release date, a day prior to Mount's birthday.

He graduated from the University of Georgia in 2005 with a major in Public Relations and minors in Spanish and Religion. His nickname is Chap Stique due to his obsession with lip balm.

He appeared in the Family Force 5 music videos for the songs "Wobble" and "BZRK," both of which became viral sensations and shot to #1 on MTV's website. He has written four #1 Christian rock hits as well.

He lives with his wife Sarah in Atlanta, Georgia. His parents names are Richard and Diane and he has a sister named Michelle.

He is a Missouri born guitarist like Anthony Glise.

Derek Mount Is A Member Of