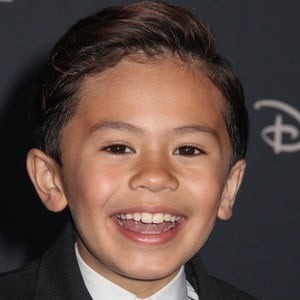 Actor who was cast in the role of Charles Wallace in the film adaptation of the young adult fantasy novel A Wrinkle in Time. He previously appeared in such films as Stephanie  and Hold On.

He and his family moved to Los Angeles, California when he was a small child. He made his acting debut in the short film XXIII Boss.

He beat out thousands of child actors over a 7-month audition process to be cast as Charles Wallace.

He has an older sister named Jadie.

He was directed by Ava DuVernay in A Wrinkle in Time.

Deric McCabe Is A Member Of