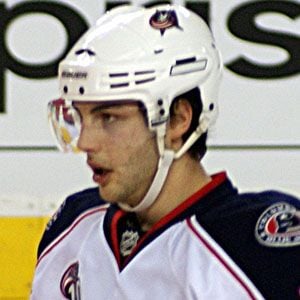 He played junior hockey for the Drummondville Voltigeurs of the Quebec Major Junior Hockey League.

He had his best offensive season with the Blue Jackets during the 2009-10 campaign, tallying 30 assists and 47 points.

Early in his career he was in a relationship with ice dancer Terra Findlay.

On April 3, 2013, he was part of a packaged trade that sent Marian Gaborik to Columbus.

Derick Brassard Is A Member Of