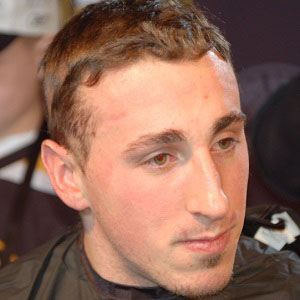 NHL winger who made his NHL debut in 2009 after being drafted 71st overall by the Boston Bruins in 2008. He helped the Bruins win the Stanley Cup in 2011.

He won two World Junior Championship gold medals as a member of the Canadian Junior team.

He earned the Bruins 7th Player Award during the team's Stanley Cup-winning 2011 season.

He was born in Hammonds Plains, Canada to Kevin and Lynn Marchand. He has a brother and a sister.

He won a Stanley Cup with teammate David Krejci in 2011.

Brad Marchand Is A Member Of