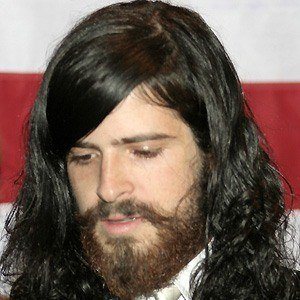 Folk artist who earned a #2 Heatseekers album with his 2013 effort, Mala. He has also worked as a visual artist, having his work shown at the San Francisco Museum of Modern Art.

He dropped out of the San Francisco Art Institute to pursue a music career in 1998.

His song "Lover" was included on the soundtrack for Nick and Nora's Infinite Playlist and he made a cameo in the film.

His relationship with Rebecca Schwartz began in 2011.

He had a short-lived romance with Natalie Portman in 2008.

Devendra Banhart Is A Member Of