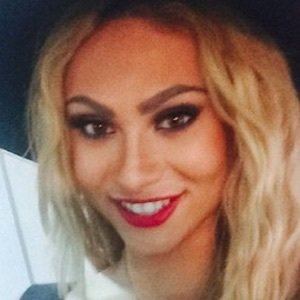 YouTube vlogger who documents her story of being a transgender woman on the channel DiamondForever15.

She began her YouTube career in March of 2012, posting her first video, titled "Mommie Dearest PARODY!," a couple months later.

Her most viewed videos show her transition.

Formerly named Dorian Garcia, she was born in Miami, Florida.

She posted a music video for a song titled "Lingerie Queens" that featured Cassidy Lynn and John Luu.

Angela Vanity Is A Member Of