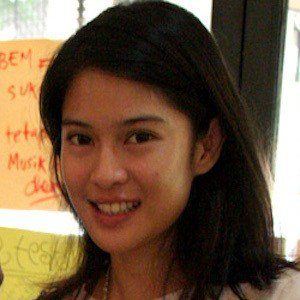 Indonesian actress and model known for her role as Daya on the show Pasir Berbisik. She also starred in the movies Ada Apa Dengan Cinta and Banyu Biru.

She made her debut in the public eye when she appeared on the cover of the magazine Gadis in 1996.

She married Indraguna Sutowo in 2010. The couple has a son and daughter.

She starred alongside Nicholas Saputra in Ada Apa Dengan Cinta.

Dian Sastrowardoyo Is A Member Of