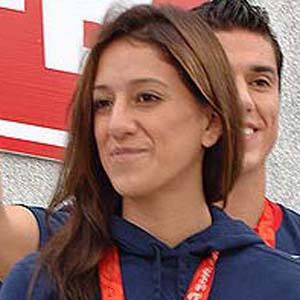 American taekwondo fighter who took home the bronze medal in the 57 kilogram weight class at the 2008 Olympic Games in Beijing. She previously won gold at the World Taekwondo Championships in 2005.

She won seven straight Junior National titles from 1991 to 1997.

She and two of her brothers became the first set of three or more siblings to become World Champions in any sport.

She has three older brothers. Two of them, Mark and Steven, are also Olympic taekwondo competitors. The third, Jean, has coached all three of them.

She and Paige McPherson are both American women's taekwondo champions.

Diana Lopez Is A Member Of