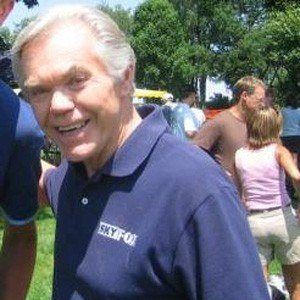 Weatherman for the Cleveland-based WJW Channel 8 who was also known for his animal rights activism. His bill, "Goddard's Law," increased penalties for animal abuse in Ohio.

He served in the United States Air Force and worked as a meteorologist for the U.S. Atomic Energy Commission. Later, he studied broadcasting and drama at Kent State University.

He was born in Akron, Ohio. He divorced his wife in 2003 after she was charged with domestic violence.

Dick Goddard Is A Member Of