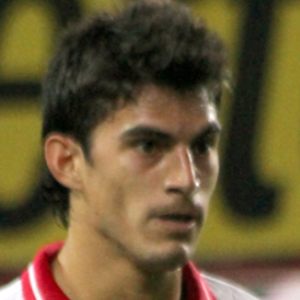 Italian winger who is famous for his international club career, including for Italian Series A club AS Roma. He rose to fame playing for Sevilla of Spain's La Liga, with whom he won the 2010 Copa del Rey and 2014 Europa League.

He joined his first youth soccer academy in 2000 for Boca Juniors. He later earned his senior team debut in 2006.

He signed with AS Roma in 2016. He earned his first Argentinian senior team cap at wing in 2009.

He was originally born and raised in Moreno, Argentina.

He and Edin Dzeko have played as teammates for AS Roma at wing.

Diego Perotti Is A Member Of