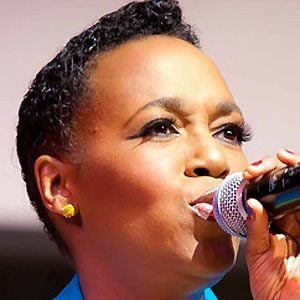 In high school, she sang with the choir and she also had a starring acting role in a musical. She also started collecting records by Billie Holiday and eventually sang covers at different events outside of school.

A big moment came for her in 1995 when she sung her hit song "I Know" on Saturday Night Live.

She was raised by her mother Larraine Farris and she grew up being exposed to a lot of music. She has a daughter named Tate.

She sung Whitney Houston's "Saving All My Love for You" during a pageant competition.

Dionne Farris Is A Member Of