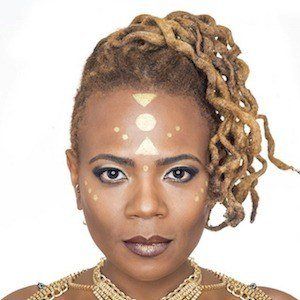 Known best for her work with Beyoncé Knowles as both a bassist and music director, this hip hop and R&B artist also released several solo rap albums, including Ain't No Other Way and The Roxx Boxx Experience.

During her childhood years, she sang in her school's choir and learned to play the hand bells and the clarinet. She began rapping in her early teens.

She attended the University of California, Berkeley for two years.

Born Debbie Lashun Walker, she grew up in Atlanta, Georgia, as the daughter of Beverly and Raymond Walker.

She accompanied singer Beyonce Knowles on Knowles' I Am...World and The Beyoncé Experience tours.

Divinity Roxx Is A Member Of