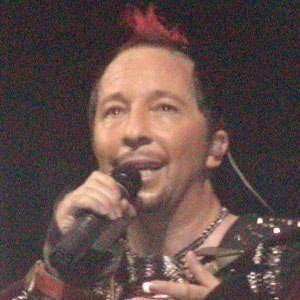 When he was young he wanted to have a career as a baker. He began breakdancing after graduating from high school.

He appeared in the films 90's Hit Explosion: The Very Best of Eurodance and Summer Vibes.

He was married to Daniela Bock from 1989 to 1994. He then married Nancy Rentzsch in 2001 and together the couple had two children.

Both he and Celine Dion have been entrants in the Eurovision Song Contest on behalf of Switzerland.

DJ Bobo Is A Member Of