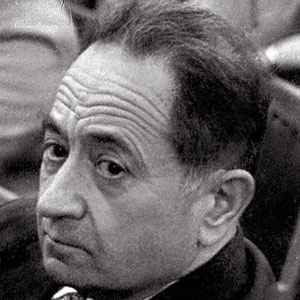 He was graduated from the Kharkiv Music and Drama Institute in 1926. His first ballet was "The Baby Stork" from 1936.

His music was thought lost after a flood and fire wreaked havoc on the Musical Foundation building that housed his work.

He was re-energized by his collaboration with violinist Mela Tenenbaum in the early 1980s. His "Japanese Silhouettes" became highly regarded, even with his death in 1987.

He was chosen by the Soviet Composers' Union to take the blame and thus the punishment for performances that had prompted Joseph Stalin's attack on the artistic community.

Dmitri Klebanov Is A Member Of