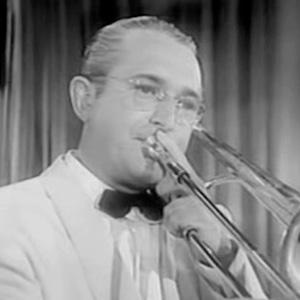 Big bandleader during the Swing Era who earned the moniker "The Sentimental Gentleman of Swing." His brother was Jimmy Dorsey.

He had no problem with poaching musicians since the band he inherited was in shambles. He was also known to fire and rehire musicians based on his moods and was a volatile perfectionist.

His roster was filled with many instrumentalists who would go on to greater fame, including Doc Severinsen, "The Tonight Show's" longtime bandleader during the Johnny Carson years.

Tommy Dorsey Is A Member Of