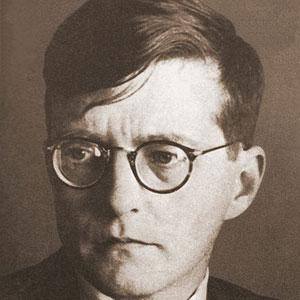 Prominent and influential 20th-century composer who reflected the moods of Soviet life under Joseph Stalin in his works. His oeuvre included 15 symphonies, six concerti, 15 string quartets, a piano quintet, two piano trios, and the score for the film 'The First Echelon' from 1955-1956.

He had a contentious relationship with the Soviet government, never being as passionate about Marxism as they would have preferred and often protesting the Stalin regime. However, this never hindered his piano playing or his compositions.

He was heavily influenced by Igor Stravinsky and Sergei Prokofiev early on, before transitioning to a personally developed hybrid style with "Lady Macbeth of the Mtsensk District" from 1934.

Dmitri Shostakovich Is A Member Of