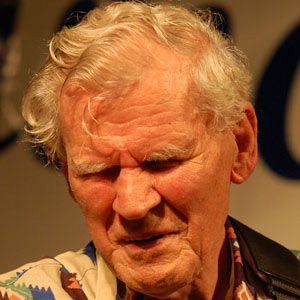 Folk singer, guitarist, and songwriter who won seven Grammy Awards and had success with the single "Bottle of Wine."

He lost his vision as an infant due to an eye infection. His first guitar was a $10 Stella guitar.

He was known for flat-picking, and performing with his son Merle until he died.

He married Rosa Lee Carlton in 1947 and they had two children together.

Watson collaborated with many people, including David Holt.

Doc Watson Is A Member Of