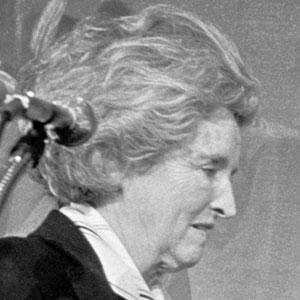 Singer, philanthropist, and wife of comedian Bob Hope who was with him for sixty-nine years.

She worked as a model before beginning her singing career.

She married Bob Hope in February of 1934. They adopted four children together.

In 1955, she appeared in an episode of the TV series The Christophers, alongside Jack Haley.

Dolores Hope Is A Member Of