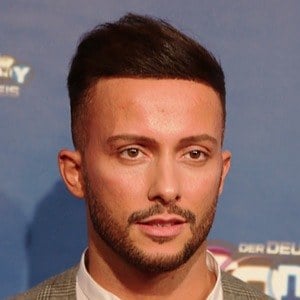 Serial reality star who rose to fame after appearing on numerous dating reality shows in Germany. He was on Next, Please in 2014, The Bachelorette in 2017 and after failing to grasp the grand prize on that season, he was cast on Bachelor in Paradise.

He was an avid soccer player, but had to quit pursuing the sport after tearing a ligament.

He works as logistics administrator, but he's also parlayed his reality success into a modeling career.

He is of Italian descent, but was born in Germany.

He attempted to win over Jessica Paszka on his season of The Bachelorette.

Domenico De Cicco Is A Member Of