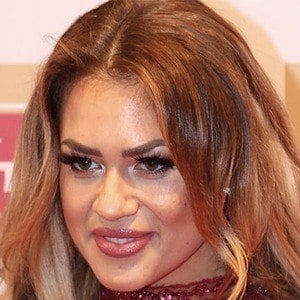 Reality star known for Celebrity Big Brother and the fourth season of The Bachelor. In 2017, she went on to star as The Bachelorette.

She was an office clerk before finding fame on reality television.

She is also a singer with a single called "Hemmungslos."

She competed against Angelina Heger on The Bachelor.

Jessica Paszka Is A Member Of