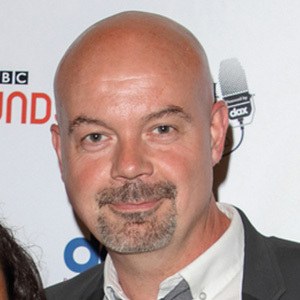 British newsreader and interviewer who became known for his work on the Chris Moyles Breakfast Show on Radio X. He previously held similar positions with the BBC and the Capital FM Breakfast Show.

He studied at St Ivo School and Bournemouth University.

Also a musician, he was a member of an award-winning comedy/folk band called Folk Face.

He married his wife Nicola in 2001 before separating in 2015. His children's names are Finton, Xanthe and Tilda.

He has interviewed major celebrities including Tom Cruise, Cameron Diaz and Ben Stiller.

Dominic Byrne Is A Member Of