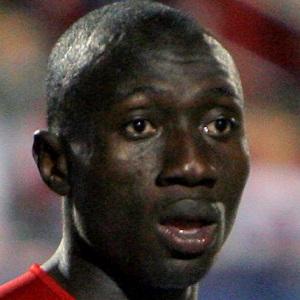 Ghanaian forward who began his MLS career with FC Dallas in 2006. He joined the Columbus Crew in 2013 after spending a season with the Chicago Fire and two seasons with the Houston Dynamo.

He played a year of college soccer at Virginia Commonwealth.

He was selected 22nd overall in the 2006 MLS SuperDraft.

He was born to Anthony and Elizabeth Oduro.

He played a season for the New York Red Bulls before Thierry Henry began his stint on the team.

Dominic Oduro Is A Member Of