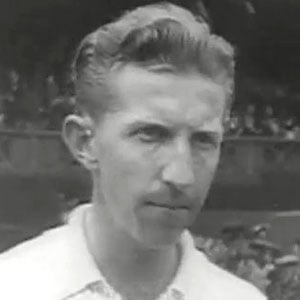 Tennis great who had an epic run when he won six consecutive Grand Slam titles.

He dropped out of Berkeley to play on the Davis Cup team.

His backhand helped him hold the #1 ranking for five years.

He drifted apart from his wife, the mother of his first two children, eventually divorcing her; he married his second wife, Loriel, in 1974.

His record six Grand Slam championships has never been equaled, not even by Roger Federer.

Don Budge Is A Member Of