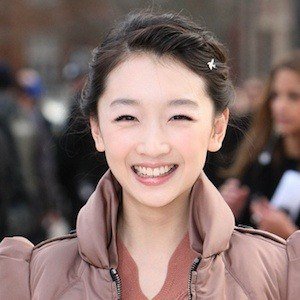 Film star who skyrocketed to fame with her debut in 2010's Under the Hawthorn Tree. She went on to lead countless other films including 2016's Soul Mate and 2017's This Is Not What I Expected.

She'd never had any acting experience before making her debut in Under the Hawthorn Tree. She later earned a degree from the Beijing Film Academy in 2015.

After her film success, she began appearing in television shows like Shall I Compare You to a Spring Day and variety shows like Chinese Restaurant.

She was born in Shijiazhuang, Hebei, China.

Lin Gengxin starred alongside her in the 2014 romance film My Old Classmate.

Dongyu Zhou Is A Member Of