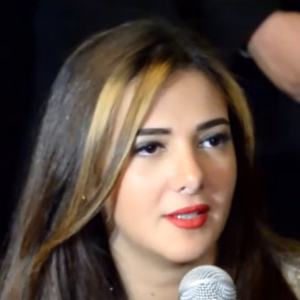 Film actress known appearing in popular Egyptian films like Teer enta and 365 Days of Happiness. She's also had roles in television series like Ahzan Mariam and Al Kabeer. She also served as a judge on the Arabic version of The X Factor in 2015.

She began acting as a child, performing in school plays and shows. However, she didn't officially begin her acting career until the age of 16 in 2001 when she earned her first role in a feature film.

She has grown extremely popular on social media, with more than 11 million Instagram followers and over 6 million Twitter followers.

She has become known for performing impressions of popular Arab singers like Myriam Fares.

Donia Samir Ghanem Is A Member Of