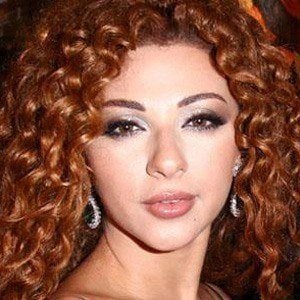 Launched to superstardom from the release of her debut album, Bet'oul, she toured internationally and appeared both on film and in the television show Fawazeer Myriam, which she presented for thirty episodes.

She studied classic ballet at a young age and then entered the National Conservatory of Music.

Her sister Roula Fares co-wrote several of her songs, including "Haklik Rahtak" off her first album. She married Danny Mitri in 2014 and welcomed a son in February of 2016.

She and Najwa Karam both became popular Lebanese singers.

Myriam Fares Is A Member Of