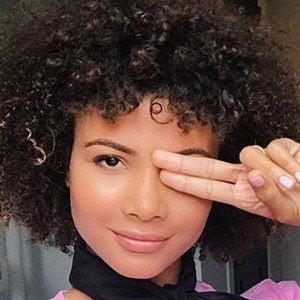 Entrepreneur, lifestyle and beauty blogger, and YouTube phenomenon with a self-titled channel which focuses on self-esteem advice, manners, and beauty tricks and advice. She would create, direct and manage a series of beauty contests called Miss Femme. She would also open her own modeling agency.

She studied communications and marketing in college and eventually earned a Master's in the former.

At the age of 17, she hosted a four-hour live radio show. She has been a master of ceremonies for multiple televised national events and began hosting a daily one-hour headline news show.

She was the middle child of three born to parents who were a doctor and a chemist. She moved to Malibu, California.

She worked as a manager for celebrity Julio Iglesias.

Doralys Britto Is A Member Of