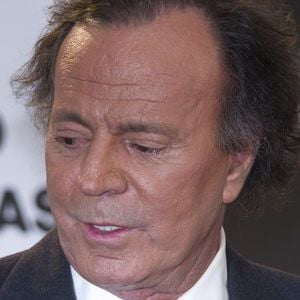 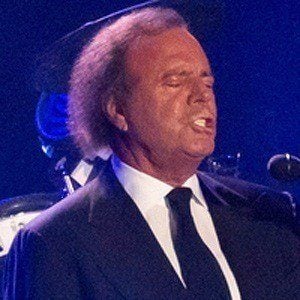 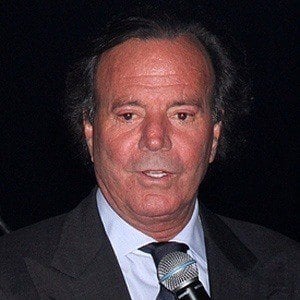 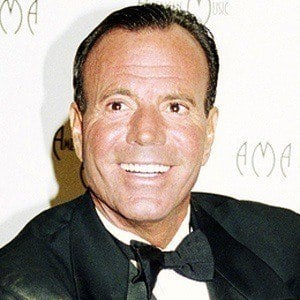 Iconic singer-songwriter who is one of the best-selling Hispanic artists of all-time. His most popular songs include "Me Olvide de Vivir," "De Niña a Mujer," "Baila Morena" and "Agua Dulce, Agua Salá."

He played goalkeeper for Real Madrid Castilla before suffering a serious injury in an automobile accident. He started playing guitar while hospitalized.

In 1983, he was awarded the first and only diamond disc by the Guinness World Records for selling the most albums in the most languages in history (Spanish, English, Italian, Portuguese, French, Tagalog, among others).

He married Isabel Preysler on January 20, 1971. After their divorce in 1979, he married Miranda Rijnsburger on August 24, 2010. He has a total of nine children, including Latin pop singers Enrique Iglesias and Julio Iglesias Jr., and journalist Chabeli Iglesias.

In 1989, he made an appearance on the TV series The Golden Girls, playing the boyfriend of Estelle Getty's character Sophia Petrillo.

Julio Iglesias Is A Member Of