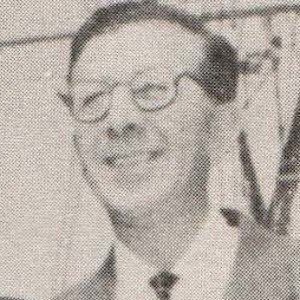 Before becoming president of Metro-Goldwyn-Mayer (MGM) Studios in the early 1950s, this film executive had a highly successful screenwriting career, winning a Best Screenplay Oscar for the 1938 film Boys Town. He later penned the multi-Tony Award-winning play Sunrise at Campobello and subsequently adapted the script for film.

He began his entertainment career as a New York-based playwright. One of his early plays, Too Many Heroes, debuted on Broadway in 1937.

During the McCarthy Era, Schary fought anti-communist blacklisting in Hollywood by denouncing the House Un-American Activities Committee and chairing the Anti-Defamation League.

A native of Newark, New Jersey, he later lived in New York City and Los Angeles. His daughter, Jill Robinson, had a career as a memoir and fiction writer.

In a memoir titled The Million Dollar Mermaid, one-time MGM-contracted actress Esther Williams had some harsh words for Schary, stating that he behaved like a tyrant in his leadership of MGM studios. Other Hollywood stars, however, greatly admired Schary.

Dore Schary Is A Member Of