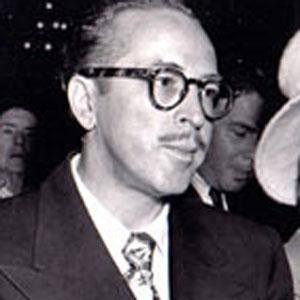 Oscar-winning screenwriter and the most famous member of the Hollywood Ten, who were ten directors and screenwriters who refused to testify before the House Un-American Activities Committee in 1947. He notably wrote the classic films Roman Holiday, Spartacus, and Exodus.

He worked as a cub reporter in high school, and in college decided to become a writer.

He was one of the highest paid screenwriters during WW II, and while officially blacklisted continued to work, winning Oscars under a pseudonym.

He was born and raised with his two sisters in Grand Junction, Colorado. He married Cleo Beth Fincher and had three children named Christopher, Mitzi and Nikola.

Lillian Hellman was another talented Hollywood screenwriter blacklisted for her association with politics.

Dalton Trumbo Is A Member Of