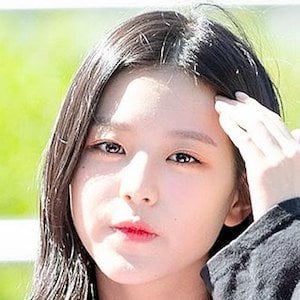 First place finisher for the 2018 version of the reality series Produce 48 which led her to becoming the center and face of the girl group IZONE. In 2021 IZONE disbanded. She is currently part of the group IVE.

She trained for just over 1 year with Starship Entertainment before appearing on Produce 48.

She earned nicknames of Born to be Center, Giant Baby and Giant Maknae. She is also known by the name Chang Yuanying.

She was born and raised in Ichon-dong, Seoul, South Korea. She has an older sister. Her father is a music teacher.

She and fellow IZONE singer Sakura Miyawaki finished first and second on Produce 48.

Jang Won-young Is A Member Of