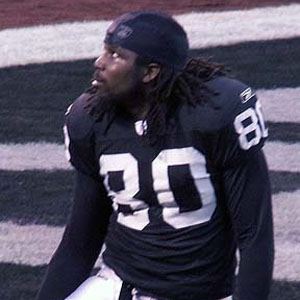 Wide receiver who played in the NFL from 2003-2006 for the Oakland Raiders and New England Patriots.

He was a star wideout and return man at the University of Central Florida.

Following his NFL days he played in the AFL and the UFL, before retiring in 2011.

While with the Patriots he played for coach Bill Belichick.

Doug Gabriel Is A Member Of