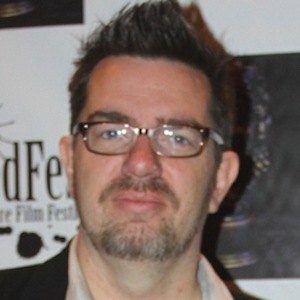 Screenwriter and director who has best become known for the short horror films posted both to his self-titled YouTube channel and the FewdioDotCom YouTube channel. He also directed the SyFy channel film Red Clover and authored the critically and commercially successful children's book The Day the Crayons Quit.

Before founding the Fewdio YouTube channel in 2007, he'd spent several years writing and directing in Hollywood with writing credits on shows like Timon & Pumbaa and Buzz Lightyear of Star Command.

He has directed for popular television series like Death Valley and BlackBoxTV.

He was born in Hudson, Ohio but later settled in Los Angeles, California.

He wrote for several episodes of Timon & Pumbaa, a series which featured the voice acting talents of Ernie Sabella.

Drew Daywalt Is A Member Of