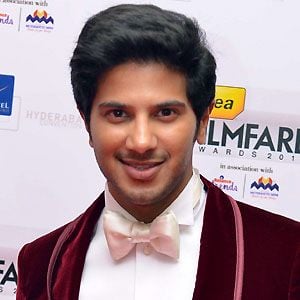 Indian-born actor who became one of the most sought-after stars of the Malayalam cinema.

He studied film in Malaysia before completing his bachelor's degree at Purdue University.

He turned down the first few movie roles he was offered because he felt unprepared for the parts.

He married architect Amal Sufiya in 2011. He has a daughter named Maryam.

His father, Mammooty, was also a popular actor.

Dulquer Salmaan Is A Member Of