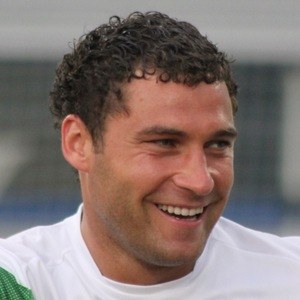 Soccer star who has been a standout defender for, and won league titles with, such clubs as FC Sochaux-Montbéliard, SV Werder Bremen and Red Star Belgrade. He joined the senior Serbian squad in 2006.

He was raised in the Serbian village of Orlovat.

He married pop star Jelena Karleusa in 2008. He has children named Nika and Atina.

He was teammates with fellow Serb Vladimir Stojkovic at the 2008 Summer Olympics.

Dusko Tosic Is A Member Of