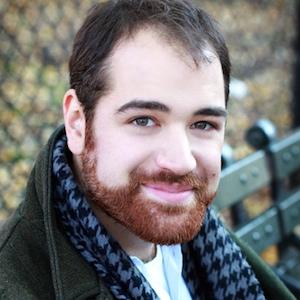 Comedian and producer best known as one of the three members of the New York based comedy group Dr. Coolsex along with Alex Charak and Greg Murtha. He performs stand-up and improv at venues such as Upright Citizens Brigade and Magnet Theater.

He attended Bates College and worked as a river guide in Alaska in the summers between school.

He has produced television shows for networks including TLC, Food Network, Discovery, Comedy Central and more.

Originally from Saranac Lake, New York, he later moved to Brooklyn. He began a relationship with Angela Inferrera in 2012.

He performs alongside Alex Charak in Dr. Coolsex.

Dustin Drury Is A Member Of