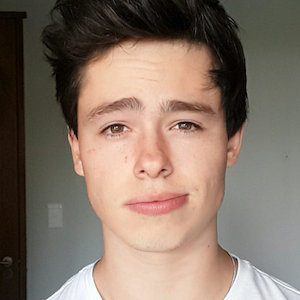 Earning a reputation as both a prankster and content creator, his self-titled YouTube channel features both reaction and challenge videos. He has racked up more than 70,000 subscribers.

He created his channel in November of 2014, publishing his first video, called "The Patience Test," the following month.

He played the keyboard in a band called The internet. He had an old Instagram account called sirdalton before using his new one Dyl.Dalton

He had a long-term relationship with designer and photographer Demi Brenda van Straaten. Subsequently, he began dating a design student named Alice.

He created a series of "pranking with song lyrics" videos, including one titled "PRANKING my GIRLFRIEND with SONG LYRICS 'Charlie Puth - We Don't Talk Anymore (feat. Selena Gomez).'"

Dylan Dalton Is A Member Of