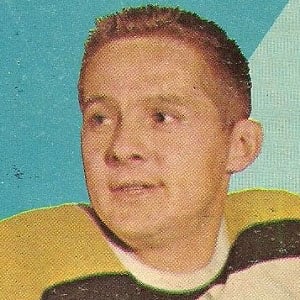 Canadian hockey player best remembered for his days with the Detroit Red Wings, where he won two Stanley Cups. He was named an NHL All-Star in 1954 and 1955.

He began his NHL career with the Red Wings in 1953 and recorded four assists in his first game, marking the first time a player had done so in his debut.

He was awarded the Lady Byng Memorial Trophy for sportsmanship in 1956.

He had sons named David and Paul.

He was the only Red Wings player aside from Gordie Howe to lead the team in scoring in any season from 1950 to 1964.

Earl Reibel Is A Member Of