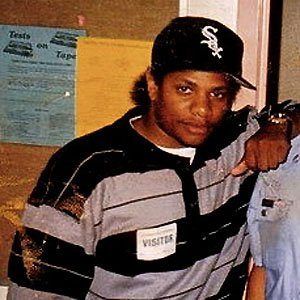 Born Eric Lynn Wright, he is an influential West Coast rapper and producer who is best known for being a part of the late 80's rap group NWA.

He dropped out of high school and sold drugs, before finding refuge in rapping.

He's been given the title of Godfather of Gangsta Rap for his groundbreaking contribution to the rap music genre.

He married Tomica Wright the year of his death and had 11 children with eight different women. His son Yung Eazy also became a rapper. One of his children is Dominick Wright.

He was joined by the great Dr. Dre in NWA.

Eazy-E Is A Member Of