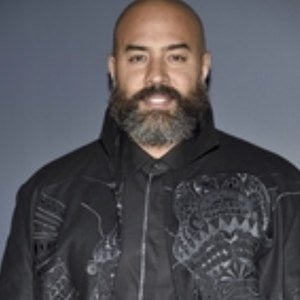 Radio executive who began his career in the 1990s. He became co-host on the HOT 97 Morning Show and until 2014, he served as Vice President of Programming for HOT 97 in New York.

Starting in 1990, he worked as an intern at a radio station in Sacramento, working his way up to become an on-air personality as well as the programming and music director.

He represents New York as an anchor DJ for Apple's Beats 1 streaming service.

He was born in Berkley, California to a Jewish mother and Pentecostal father. He married Stephanie Marie in 2015. He has a daughter.

He is known for his opinionated style of hosting. In 2013, he gained a lot of attention when he challenged Riff Raff about the legitimacy of the artist's persona.

Ebro Darden Is A Member Of